I couldn’t help noticing while lugging my shopping home the other day that the man who lives opposite was sitting on the roof of his house. END_OF_DOCUMENT_TOKEN_TO_BE_REPLACED

Just over two weeks ago I saw a policeman talking to a resident I know well on the street, and all that went through my head was: How can I wind him up next time I see him?

Clearly, I had not learnt from the last police visitation that serious stuff can, and does, happen on our unremarkable suburban street. END_OF_DOCUMENT_TOKEN_TO_BE_REPLACED

A road closed as a trial in Waltham Forest

Unfortunately, the nature of eventful, blogworthy weeks is that you don’t get time to blog them. So after the busy revolutionary week I was looking forward to END_OF_DOCUMENT_TOKEN_TO_BE_REPLACED 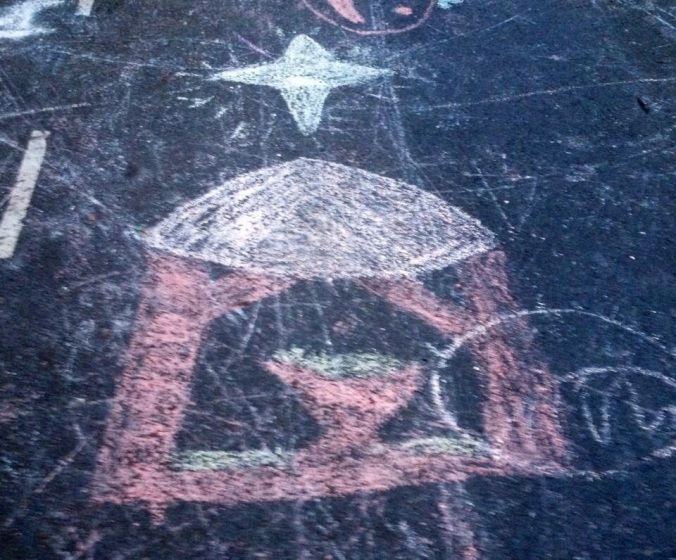 Last Sunday we had what has become an annual event on our street – a spot of carol singing followed by more than a spot of mulled wine. (Okay, I made 12 litres. Oops.)

A neighbour suggested it three years ago. I was enchanted by the idea of what she called ‘bellowing in the street’, and realised that I have only once seen a group of carol singers out on the streets in the local suburbia (and that was up in the next postcode where they are all quite posh white and English). Three years later, I can’t seem to stop organising it.

END_OF_DOCUMENT_TOKEN_TO_BE_REPLACED

Yesterday some neighbours’ kids came round on their own to play with mine, as is becoming the norm. When I told them that my children had exceeded their screen time and therefore they’d have to find something to do without a screen on it, they choose to conga round the sitting room. END_OF_DOCUMENT_TOKEN_TO_BE_REPLACED 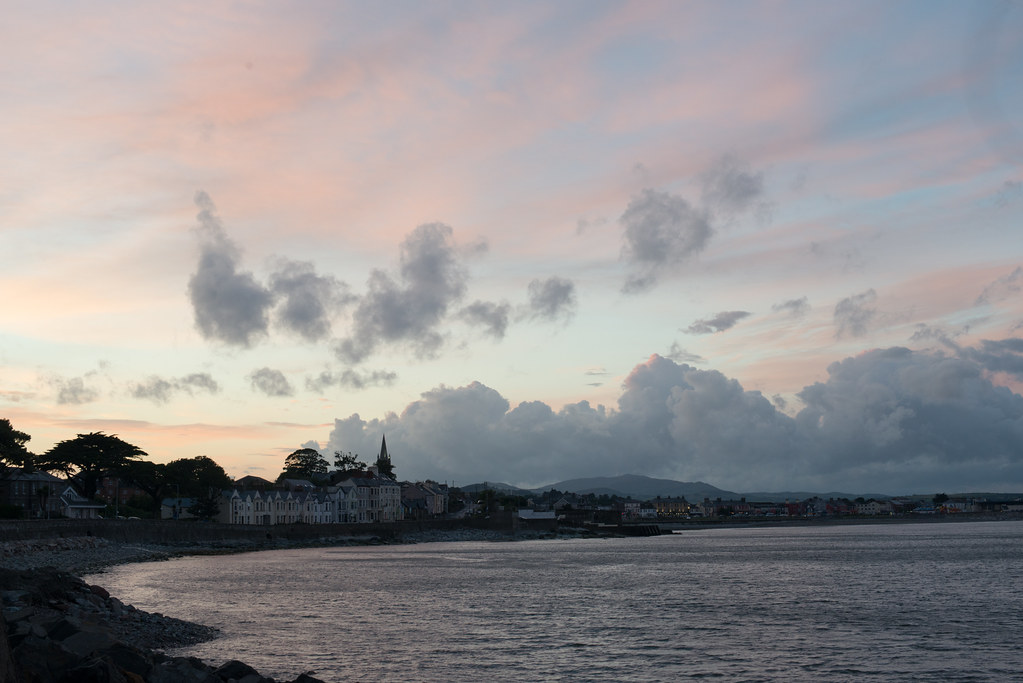 Sunset in Newcastle, County Down

Something is not quite right when you’re on holiday and you find pavements more interesting than the scenery. END_OF_DOCUMENT_TOKEN_TO_BE_REPLACED

Every July we head off to New Wine in Somerset – a several-thousand-strong national gathering of Christians – for a week of camping, teaching, worship and not enough sleep. We always enjoy it, but this year was especially good due to a wonderfully unexpected element of subversiveness.

END_OF_DOCUMENT_TOKEN_TO_BE_REPLACED

Did you know – in London you are never more than 4.5 metres from a neighbour?*

Our playing out the other week had an interesting effect we hadn’t foreseen – the children have started organising their own play dates. Yes, I know! How dare they? And not just with children from approved, carefully vetted families of a similar social background either!

One organiser’s child (age 8) made friends with a boy from the other end of the street, and announced to his mum that they were going to play together on such and such a day.

‘What, at his place?’ said the mum. ‘I haven’t met his parents! I’ve never been to his house!’

Which could well have been my reaction. Anyway, my neighbour persuaded her son to hold the play date at their own house, and when the new friend duly turned up, she hovered nearby just in case. What she noticed afterwards however was not that her son had learnt a gamut of new naughty words or how to access internet porn (or whatever she was worried about) – but that he was a different person. He came to supper calm, happy and confident. I think she put that down to the fact that he had done such a grown up thing – organising his  own play date on his own terms with his own friend – and that made him feel pretty good about himself. (Also, the friend proved to be quite a nice lad really.)

The friend now knocks on his door twice a week after school and stays until suppertime, and they sometimes continue their playdate virtually by sharing the same world in Minecraft until bed. Sweet.

In the same week as our first playing out session we got some brand new neighbours in the upstairs flat next door. They are Ghanaian by origin, and there isn’t a lot we don’t know about them, because when we went to introduce ourselves their very bright, very talkative nine-year-old daughter held forth on the doorstep about everything we could possibly want to know and a lot more besides.

‘I try to tell her,’ groaned the dad when he could get a word in edgeways, ‘there are some things you only say inside the house…’

Anyway, the front of our houses are joined – this being a terraced street – while the back ends are narrower, and separated from the neighbours’ by a few metres. So when I hear the Redster apparently talking to herself in my study it’s because she’s hanging out of the window talking to one of their two girls through their kitchen window. This is how the four girls have struck up a beautiful friendship. They’ve thrown balls to each other through the windows, lent and borrowed books, and finally the neighbours’ girls just came and knocked on our door like kids used to do in the olden days: ‘Can I play?’

And when they all settled down on the sofa for a game of Minecraft on the iPad, I saw my opportunity and said (just like the olden days) ‘Go and play outside!’ (I’ve been dying to say that.)

They did, too. They took the chalks and skipping ropes and played on the pavement. They used the skipping rope handles to take lethal swings at each other and they used the chalks to draw characters from Minecraft, but who’s quibbling? Meanwhile I chatted to their mum through her kitchen window. I ended up, would you believe, actually lending her some baking powder. Just like neighbours in the fifties. (And she didn’t mind that its ‘best before’ date was May 2013.)

The only slightly worrying moment was when I checked the pavement and it was devoid of any living thing. Turns out that they were not herded into the back of a van by passing child snatchers, though – they’d gone up the road to knock on another door, and before long there were six children hitting each other with skipping rope handles and drawing Minecraft characters on the pavement.

It’s anarchy, I tell you. Anarchy.

* Actually I made that up, but it sounds plausible. The photo shows the neighbour’s kitchen window and our study windowsill (on the right). As a better illustration of neighbourly proximity, when I took this photo I could clearly hear a girl’s voice from next door saying: ‘Mummy! My poo won’t flush!’

I had to pop out to the shops last night for some milk. The shop is the Morrisons across the main road at the end of our street, so it’s a question of walking halfway down the street, crossing the road, entering the shop, buying the milk and home again: a ten minute job. At least I think on an ordinary London street it would have been a ten minute job, but our street, you see, isn’t ordinary any more. END_OF_DOCUMENT_TOKEN_TO_BE_REPLACED